The other week after a company presentation, we heard some interesting news: for the first time ever, Texas has generated more electricity from wind than coal so far this year. This news would have been pretty hard to fathom 20 years ago when electricity from wind was fairly new to Texas, but data released last month by the Electric Reliability Council of Texas (ERCOT) shows wind created 22 percent of the electricity used in the first half of the year, edging out coal by 1%. 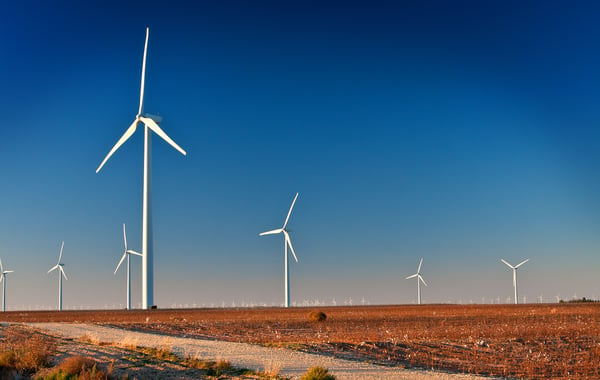 Did you know that Texas is the largest consumer of coal in the country? It’s true according to the Energy Information Administration. Coal might not remain on top forever though as cheap natural gas and renewable energy prices are dipping into coal's market share. A lower cost to implement and operate renewable energy sources is becoming more of a reality than a dream.

Another reason for wind's competitiveness this year? The weather. Many of the coal plants in Texas are "peaker plants," meaning they operate only when electricity demand is high. Since we had a mild spring and moderate summer (although it didn’t feel like it) demand was lower than expected, so most of these plants were kept offline.

Natural gas continues to produce more electricity than any other source, at 38%. Solar energy accounts for about 1% of electricity here. Daniel Cohan, a civil and environmental engineering professor at Rice University, said that number could slowly tick up.

“For several years in a row now, we’ve had almost a doubling of the amount of solar farms in Texas," he said. "And it looks like we’re set to have a few more doublings ahead. So, Texas is really becoming one of the growth areas for solar after a very slow start." And newer research shows that one particular resource, solar, is growing due to the abundance of wind power Texas has. So much so that Texas is poised to become a national leader in solar power.

The Solar Energy Industries Association released a report recently showing that Texas jumped up one place to sixth among states when it comes to solar power production.

SEIA believes that Texas will move into second place by 2021 as more solar farms are built. California ranks at the top, but there is plenty of land in West Texas near existing wind farms that would help us move up in the ranks. Despite recent tariffs on solar panels (those made in China), the price of solar power continues to drop, making it a practical solution not only for the industry but consumers alike.

So solar only provides about 1% of TX electricity needs, but this is projected to nearly DOUBLE every year for years to come. As for wind production? It’s still a toss-up if wind will, in fact, surpass coal for the entire year (July and are big months for cola generation) but the move towards renewables will certainly combat against climate change. A big change is occurring in the world of energy and in turn, so is the grid.

How Standby Power May Be Costing You