There are many ways to save electricity at home. We are given a list of changes we can make to reduce the cost of our electricity bills each month but are they true or myths? Many of the things we’ve come to know about our energy use aren’t as true as they seem. We recently searched around to find some commonly held energy myths and to determine what can really help you reduce your energy and electricity costs. Sense identifies patterns in your energy use to help your family be more efficient, informed, and secure. They recently debunked 9 energy myths and here they are: 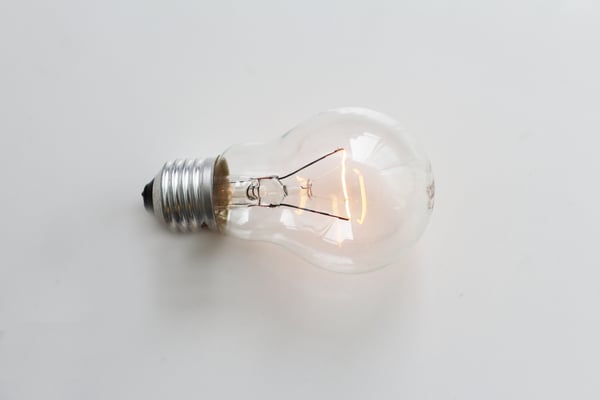 Busting Energy Myths and Listing Ways to Save Electricity

Myth 1: Devices don’t use energy when they’re turned off.

We feel very strongly about dispelling the myth that “off” means “not using electricity”. Many devices are always on, which means that even if they aren’t actively being used or are in sleep mode, they’re still drawing electricity. For example, if your computer is on screensaver mode, you may think it’s saving electricity – it’s actually using just as much.

Unplug anything that is not being used. Once you’ve identified which devices are always on, you can manage them with timers or smart plugs to effectively “unplug” them when they’re not in use. Some people are skeptical about turning off certain devices, which leads into our next myth…

Myth 2: Turning off or unplugging a computer will have a negative effect on its performance.

Back in the day, shutting down a computer ran the risk of potentially damaging a hard drive. These issues have been mitigated in modern computers, so there’s no harm in turning them on and off.

Turn off your computer whenever you’re not using it. It’s always a good idea to use the computer’s “shut down” feature as opposed to closing the screen, or just unplugging it. The only negative is waiting an extra few seconds for it to boot up again. Thankfully, the energy savings should make up for that in the long run – it could be hundreds of dollars.

Myth 3 : Leaving things on, like the heat, lights, and computers uses less energy than turning them on and off each time.

A prevalent myth is that electrical devices require a “surge” of power to turn them on. While this can be true for certain devices, the “surge” is often less than a second, so the impact on your energy use is extremely minimal. The continued steady-state drain of a device is much more likely to waste energy.

Turn off your electronics when they’re not in use. Turn down the heat by a few degrees when you’re asleep or aren’t at home, and turn off your lights every time you leave the room.

Myth 4: Setting your AC to a very low temperature will cool the home faster.

Getting home after a long day to a house that’s way too hot can be more than inconvenient in the summer. It can be tempting to turn the AC down to 50°F in the hopes that it will cool your home down to a pleasant 72°F faster. Unfortunately, central air and heat only work at one speed of cooling or heating, so what you’re really doing is making the AC run longer.

Set your thermostat to the temperature you want and let it do the work! Anything more or less will have you adjusting the thermostat, and using excess energy.

Space heaters are usually not a “life hack” that will help you avoid turning up the heat in the winter. Not only do they use a ton of electricity, but they focus all of that heat onto a small area of one room. They can also dangerous if used incorrectly.

Ensure your home is properly insulated. If you keep turning up the heat and it doesn’t seem to be making a difference, you’re probably losing a lot of warm air somewhere. Common heat leaks include doors, windows, outlets, vents, fireplaces and poorly insulated attics. If there are rooms in your home that you don’t use, you can close their doors and vents or radiator valves to allow the furnace to focus on heating the rooms that matter most.

Myth 6: A fireplace is a good source of heat.

Try to limit your fireplace use, and avoid it altogether on the coldest days of the year. It’s also imperative that you close the damper as soon as the fire is 100% out, or else all of the hot air in your home will leave even faster than it would through a window.

They’re just light bulbs right? Actually, incandescent light bulbs probably use considerably more electricity than you would think. Incandescents use more than four times as much electricity as LEDs for the same brightness, and halogen bulbs can use energy even when they’re off. Across your home, that really adds up.

Myth 8: The garage is a good place for a fridge or freezer.

If you live in a climate where temperatures get very low or very high, those are probably close to the temperatures you’ll see in an unheated garage. These appliances cycle on and off to maintain an internal temperature within a pretty small window, with fridges operating between 34°F and 38°F. Cooling them down 40+ degrees in the summer is going to require a ton of electricity, and when temperatures get lower than that there’s close to nothing a fridge can do to “warm” them up when temperatures fall below that threshold.

Figure out if you really need an extra fridge or freezer in the first place! An older refrigerator uses around 1500 kWh per year, and is probably costing you more than $150 in electricity, so consider using it only around big holidays, or getting rid of it altogether. If you do need an extra fridge/freezer, just be sure it’s in a temperature controlled room in your home to ensure it’s operating efficiently.

Insights into your home’s energy use is the first step to reducing your consumption and your bill. However, knowledge alone is not enough. Once you have this information, it’s up to you to make decisions that will reduce the usage of your devices, replace devices that aren’t efficient, and pay attention to time of use rates (if you have them) to use your appliances at the least expensive time.

With a Sense home energy monitor, you can track your home’s electricity consumption in real time, set alerts for when certain devices come on, track your electricity costs, and set goals to further reduce your impact.

Look for other energy saving tips and electricity plan offers on our website, www.apge.com, and subscribe to our blog.

How to Save on Heating and Cooling By Programming Your Thermostat